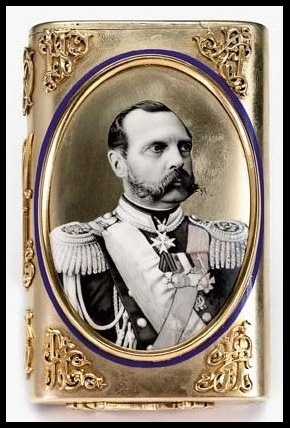 Patch Boxes:  Early small boxes called patch boxes are frequently confused with snuff boxes.  In all honesty, I am not sure how you determine the difference with 100% certainty.  A patch box usually contained a cloth or taffeta.  This cloth would be used as a concealer for the body or face.  Or it was simply worn as a decorative flourish.  Patch boxes are high collectible.  They were made and used during the same time period as snuff boxes. 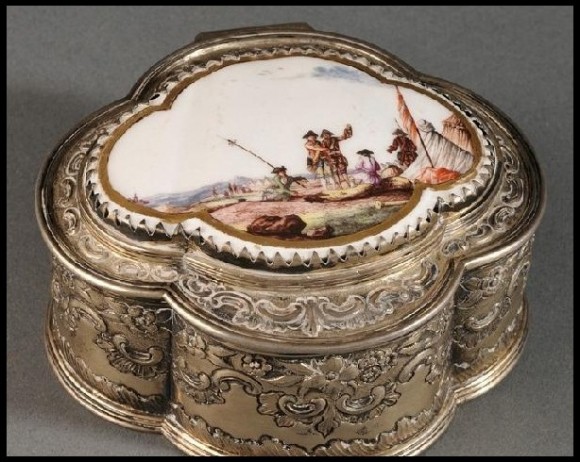 Sucades or Bonbonnieres:  These are fairly easy to spot and identify.  These are made of metal.  However, the silver of gold used in their construction is rarely their final color.  These little boxes were used to carry sweetmeats or other snacks to help the lady of means make it between meals without being overcome by hunger.  Sucades are rarely completely geometrical.  They are often shaped so that they can be decorated to convincingly look like their subject.  The pictured example is shaped like a leopard and then enameled.  These have the appearance of a makeup compact. 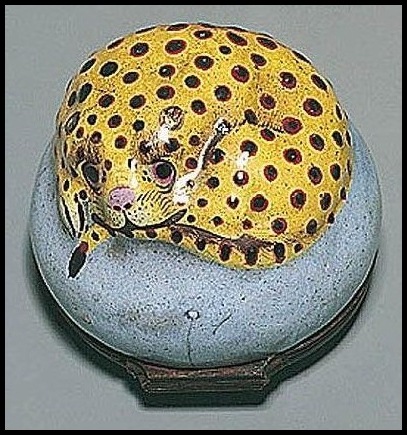 Boite-A-Portrait or Tabatiere-A-Portrait:  This is really a case of the chicken and the egg here.  Boite-A-Portrait means portrait box in English.  Portrait boxes existed before the age of the snuff box.  They were usually circular and tended to have colorful floral scenes.  However, as snuffing became more popular, portrait boxes were converted to snuff boxes.  So today the question becomes, when looking at a circular enameled box, is it a portrait box or is it a snuff box?  If the portrait box was produced during the same time period as snuff boxes, then it really becomes confusing.  You really just have to look at each box on a case by case basis and go from there. 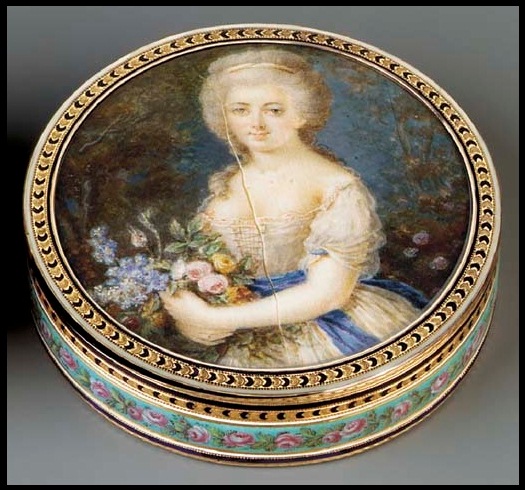 So now that we know what a snuff box is not, what is a snuff box?  Unfortunately, that can only be determined on a case by case basis.  Feel free to ask any questions about your snuff box.