While there are certainly collectors out there looking for snuff boxes from Denmark, Finland, Norway, and Sweden, these are still considered to be second rate boxes.  Ironically, one of the reasons that Scandinavian boxes aren’t as highly prized is because they are relatively common when compared to snuff boxes from other Western European countries. 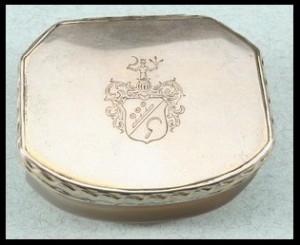 One name should come to mind when dealing with snuff boxes from Sweden, Frantz Bergs.  The equally famous maker from Denmark is just about anyone from the Fabritius family, but especially Christopher.  Many times the works of other artists is unappreciated because an example may not currently be known to exist.  Sometimes it takes the discovery of a special snuff box before the artist gets any recognition at all. 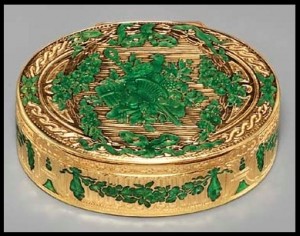 There really is no definitive style of snuff box associated with Scandinavia.  This is mostly a result of two things.  For one, that is a very large geographic area for just one design type to be favored by four different nationalities of people.  Secondly, the goldsmiths of those countries had vastly different heritages.  Some makers worked in styles similar to the French.  Others used simpler English styles.  You could say that chasing was popular and that jeweling and enamel work were not popular; however, there are always exceptions to every rule. 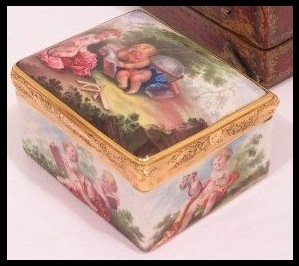