As with so many other areas of antiques, the age of the snuff box started in England in the late 17th century.  Snuffing became extremely popular in England as soon as it finally got direct and easy access to tobacco.  The first English boxes were carved out of horn.  John Obrisset was a famous maker.  In the early days no one used inlays, enamel, or gilt.  It was simply just a piece of horn with a design carved into it.  They boxes are usually oval shaped with a design that is usually reflective of an important historical event. 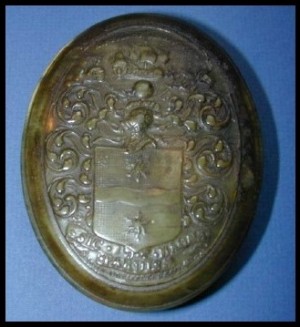 Silver and gold snuff boxes became favored in England in the early 1700s.  The most famous goldsmith working in London making snuff boxes was George Michael Moser.  His wares are still around today and they are highly sought after.  A few other artists making boxes at the time were Gastrell, Manby, and Bingant.  However, the work of Moser is considered to be superior to any maker working in gold or silver in the early part of the 18th century. 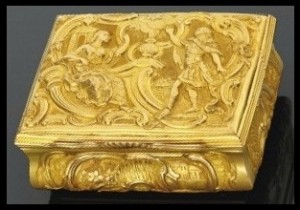 Silver and gold boxes had grown out of style by 1760.  At this point in time tastes required snuff boxes done in the Louis Seize style.  Seize style boxes are more oval shaped.  The artists Richard Cosway and George Morland flourished during this period.  However, James Morriset (J.M.) was the leading English decorator in the Seize style, even if his finished products were lacking when compared to French originals. 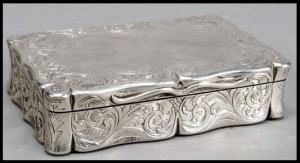 The good news is that many English snuff boxes are marked.  If you need help identifying your box, just ask.  We would be happy to help and we always freely share our opinion.